Anyone else sick and tired of talking about racism in America?

...I would have thought that might have made for an interesting soundbite hither and yon. But in the second segment with Steve I made some entirely unexceptional remarks responding to Erin Burnett's drearily predictable reaction to Ben Stein's equally unexceptional remarks on race, and that's what seems to have tickled everybody's controversy meter. Here's what I said:

The reaction of CNN to what Ben Stein said to you is fascinating, because that is the characteristically stupid parameters in which we are allowed to talk about race. Eric Holder and everyone is always pawing for national conversations on race, by which they mean people like [CNN host] Erin Burnett get to beat up on anyone who actually says anything honest or truthful or refreshing or anything that does not prostrate itself before the pack of the usual grievance-mongers like the disgusting Al Sharpton and the disgusting Jesse Jackson.

We have a stupid political discourse in this country. And one of the reasons it's stupid is because we spend so  much time on these phony racism conversations such as that held on CNN.

If you add up all the time Erin Burnett et al spend talking about "racism" and imagine that time freed up to talk about foreign policy or education or the national debt or anything other than just the same bloody boring pseudo-controversies about "racism"... All the conversations that will never be had, all the hours that have to be sacrificed in the cause of pretending it's still Selma, Alabama in 1964 now and unto the end of time. Al Sharpton can't even wrap his head around anything that doesn't fit into the same-old-same-old - hence, during the Ottawa War Memorial coverage a couple of weeks back, his inability even to get the name of Canada's capital right. He called it "Iowa". I suppose we should be grateful he didn't call Toronto "Tawana"...
READ MORE
Posted by Eckoebob Chiselfritz at 7:30 AM 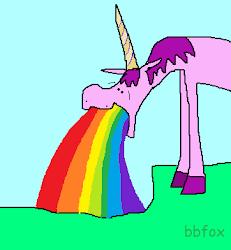